We are pleased to finally get Preacher's web page started and we will try to get more photos added very soon.  He had a very fast career as a youngster - finishing at the TSCA Specialty in May of 2014.  Since he loved to show, we decided to get his Grand Championship and let him compete occasionally for a few months before "retiring" him to mature.  Preacher won the first five shows that he was entered in as a Champion, completing his Grand Championship with five 5-point majors.  He also picked up several group placements.  Preacher then enjoyed the rest of 2014 off.

UPDATE - August 6, 2021:  Preacher is now living in Michigan in a wonderful retirement home.  Thanks to Jim and his wife for letting him come rule their home.

Fast forward to the 2015 National Specialty weekend - Preacher came out to play.  He made the cuts at the National and  then was awarded Select Dog at the TSCA Supported Entry, pictured below.  Preacher still has some maturing to do, but he will make an appearance now and then during the rest of 2015.
Preacher is still only a baby in tibbie years - he is not even three years old yet.  But, he loves to come out and play so ever so often he gets to go to the dog show.  Below are two lovely photos taken by The Winning Image - isn't he maturing nicely?  He will continue to make limited appearances while he watches his kids grow up at home. 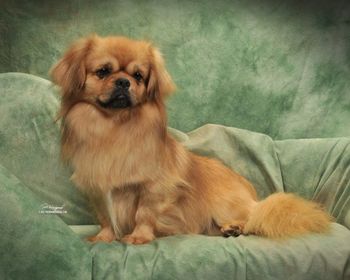 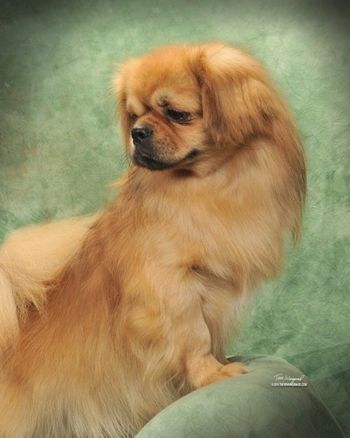